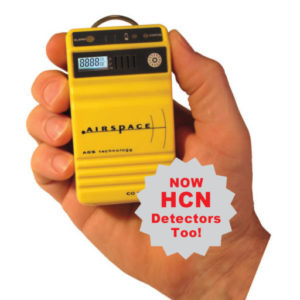 Sad news out of Niles, MI where a 13 year old child died while attending a birthday party at a hotel pool.  It appears the pool heater malfunctioned, sending 15 people to the hospital, including 8 kids as well as the child that died. Four of those treated and released were first responders.

In B.C., Canada a family of four was overcome by CO and killed.  Investigators are looking at the cause being a faulty water heater.

It was confirmed that the car left running in the garage killed an 8-year old boy in Tulsa, OK last week.

A lawsuit has been filed after the deaths of 7 children and 1 adult back in 2015.  The adult, who was the father of the children, had a gas generator running inside the house after the power had been cut to the property.  The lawsuit claims that the power company improperly shut off power without notice.

First responders need to be prepared for anything.  Airspace Monitoring Systems manufactures CO, CO/LEL and HCN monitors used by fire, EMS, Police and others to alert them of deadly gas.