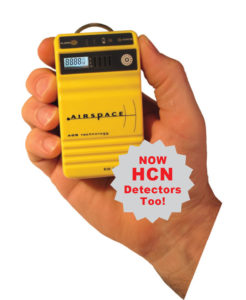 Several CO incidents were reported over the weekend. Normally, I post these incidents to our Facebook page as that seems to be the quickest way to reach the most people. There were several incidents to note, so I thought it would be easier to note them here instead. Click the links below to go to the original news articles:

First, in Michigan two firefighters were injured by suspected CO poisoning during a training in their own firehouse! It just goes to show that you could be affected by CO anywhere.

In Chicago, IL two adults and three kids were taken to the hospital for CO poisoning after using their stove for heat, according to ABC 7.

In Indiana, a family was overcome after a car was left running in the garage for 12 hours. What’s of interest in this story is that the EMS call was for a fall victim, not CO. If the man hadn’t called about the fall the whole family could have perished. One family member was unconcious.

In Michigan, two people were killed by CO after running a generator in an enclosed garage. Their electricity was out after a windstorm last week.

Outside Milwaukee, WI two workers were sickened and 50 workers evacuated from CO caused by a propane powered forklift. “A carbon monoxide monitor that was attached to a EMS medical bag went off once they arrived, alerting them to dangerous levels of the colorless and odorless gas being present.”

These are just a few of the many CO incidents reported across the country every day. Remember, always have a CO monitor on your crew or the medical bag that is taken into all EMS runs! As seen in the first article, it’s probably a good idea to have one on all the time. Airspace Monitoring System’s CO monitors all come with a 5 year warranty so you’re sure to have a working monitor! Call, email or even chat with us if you have any questions. Stay safe!